Celtic Soccer Academy is delighted to announce that they have added Midland Soccer Club to their ever growing International Club Partnership Programme.  This long term partnership with Midland Soccer Club will involve the sharing of club methodologies, coach education, coaching camps and it will also present Midland Soccer Club with the opportunity to visit Glasgow, Scotland to experience what life is like for an academy player at Celtic Football Club.

Midland Soccer Club boasts an impressive membership of 1800 and their hard work and dedication within the area of Mid-Michigan was a major factor in the Celtic Soccer Academy choosing them as their newest club partner.

Bob Arnold, MSC President, is proud to “have a top professional European Club like Celtic FC recognize the strength and potential for our club.”  The current MSC Technical Director, George Hageage, looks at the partnerships as a “validation to the process the board has undertaken over the past 10 years and to the vision of the player development that we have implemented over the last four.”

Celtic Soccer Academy Manager Willie McNab added: ‘We are delighted to add Midland Soccer Club to our International Club Partnership Programme and it again emphasises our commitment to building relationships across the globe. Midland Soccer Club is a very ambitious and progressive club and we are looking forward to a long and prosperous partnership with them.

Celtic Football Club is one of the biggest and best-supported teams in the world. Wearing their iconic green and white hoops, Celtic are instantly recognisable when they play and are renowned for playing attractive football, their passionate fans and their many successes on the field of play.

They are currently champions of Scotland and regularly compete in the UEFA Champions League, where they recorded one of their most famous victories by defeating FC Barcelona 2-1 at Celtic Park in 2012. Celtic are previous winners of the competition when in 1967 they became the first British team to be crowned Champions of Europe.

Founded in 1887, the club was formed as a means to alleviate poverty in the East End of Glasgow. The club now boasts 52,000 season ticket holders and millions of fans worldwide. Its stadium, which is also known as “Paradise”, has a capacity of 60,506, making it the third largest club stadium in the UK. The club remains true to its charitable roots via the outstanding work of the Celtic FC Foundation which aids local charities and global appeals.

Through the Celtic Soccer Academy the club has many official partner clubs across the globe, taking the ethos of talent development, fair play and social interaction through sport into many communities worldwide, teaching kids how to play “The Celtic Way”.

The Midland Soccer Club was formed in 1977 with the simple goal of growing the great game of soccer in our community and throughout Mid-Michigan.  Since then over 12,000 families have been involved in one of our soccer programs over the last 34 years.

Currently, Midland Soccer Club offers a competitive youth program which has 390 players and 31 teams who compete in Michigan Youth Soccer’s state Director’s Academy League at u11 and u12 and Premier program for ages u13-19 boys and girls.  Our u9 and 10 teams play in the local mid-Michigan youth soccer league.  The club also has a recreation program which has 1200 players from u4-u18, an adult league and runs a TopSoccer program for physically and mentally challenged kids.  Midland Soccer Club believes in the motto of one club, one community, one goal and continue to strive to evolve our program to benefit our players and their families. 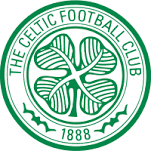