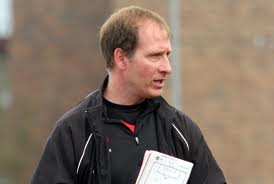 George Hageage is the Technical Director of the Midland Soccer Club.  He brings to Midland 17 years of  coaching experience at the NCAA Division I level and brings has been coaching youth soccer since 1990.  Coach Hagegage's youth coaching experience includes 2 former club directorships, State ODP Head Coaching expeience and he is currently an Academy Staff member for the United Soccer Coaches (formerly the NSCAA).

Coach Hageage's primary focus is making MSC a club modeled on player development.  This model features a comprehensive curriculum that runs through the entire club, tying together the Recreation program with the Fusion/ Select program, to create an atmosphere that is optimal for player development on the pitch and off.